So what makes Betamax so special?

Here we show some of the ground breaking and remarkable features which can be found on some models. It shows some of the reasons why this system should have won the battle of the formats.

Obviously not all features shown here are on all models. These days many of these features are taken for granted but were quite remarkable when first released. 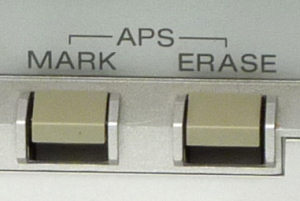 This is often referred to as 'index marking' on other formats. This feature was first seen on the SL-C7 and is used to record a cue signal onto the tape to allow easier access to program selections. Many of the machines automatically write this cue signal when the record button is pressed (not when pause / record mode is used). When in FF or REW mode the machine can be made to stop when it detects a cue signal.

Later models allowed up to nine cue signals to be skipped before stopping. The index function on a SL-HF950 could also search the index points one at a time and provide the viewer with a short preview before automatically moving on to the next index - in either direction! A very handy feature for finding music video clips for instance.

A gap of around 30 seconds is normally needed between cue signals.

Some owners not realizing this feature existed, have returned their unit to be repaired claiming that rewind kept halting. 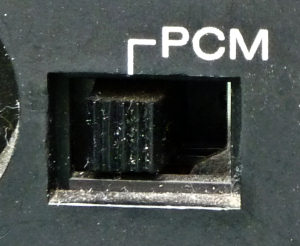 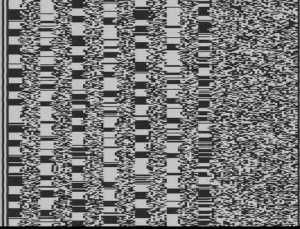 So what is PCM? It stands for Pulse Code Modulation and refers to a partner unit which can be connected to Betamax machines (such as the PCM-701ES seen here or the PCM-F1) allowing full CD quality digital recording to be recorded on to a video tape. The unit converts audio into a video signal identical in coding to that used by CD's. In fact this method of recording was sometimes used for sending a master digital copy to the CD press.

Of course this unit could be used with any video recorder but due to the extra processing the video signal goes through it dramatically reduces the quality of the digital signal. This little switch found on a couple of models is used to remove some of this processing allowing a more direct signal to be recorded (it effects the action of the drop out compensator). It has a similar effect to the Edit button found on some later units. The other reason for the increased suitability of a Betamax machine is due to the 'switching point' on the tape. In effect, a Betamax machine records slightly more of the picture than a VHS machine, this extra unseen part of the picture is partly used by the PCM machine and can often lead to poor quality reproduction when the unit is used on VHS machines.

These PCM units are still sought after and still provide an excellent and cheap method of creating home digital recordings and don't forget because video tapes are being used, you can get the full 215 minutes of CD recording on one L830 tape as compared to about 80 minutes on a CD.

If PCM is not in use then this switch should be left off or picture quality will be effected because the switch disables the video tape drop out compensator circuit.

All systems give some form of tracking control but on some Betamax models the ability to set tracking whilst the unit was in slow motion was provided. This gave near perfect pictures whilst in either pause, 1/10th speed, x2 or 1/5th speed operation.

This allowed the tape to be returned to the point when the counter read zero, either forwarding or rewinding the tape as appropriate. Simply reset the counter at the desired point and then use the Go to zero button when needed.

As a result of the superior tape threading, a nice feature was possible allowing you to quickly determine where you were on the tape whilst fast forwarding or rewinding. By pressing the FF or REW button whilst the machine was already winding, it would slow down and engage picture search very quickly. Releasing the button would then return the machine to full speed wind mode.

The SL-C9 was one of the first models to offer a tape remaining indicator. This consists of a six digit display indicating roughly how much tape is remaining. This is calculated by accurately measuring the relative speeds of the take up and supply reels whilst the tape is playing. At the beginning of the tape, all six bars are lit up. At the end, only the far right bar is lit. When the final ten minutes or so of the tape are reached, this final bar starts to flash. This feature is also present on the SL-C9's industrial sibling the SLO-420P.

The SL-C9 allowed 1/10th, 1/5th, x1 and frame advance in both the forward and reverse directions. In addition, a forward x2 option was also given. Due to the superior mechanical tape control inside the machine, it was able to switch from forward to reverse directions near instantaneously with the picture remaining perfectly clear. Rival systems can often still take a number of seconds to switch between directions. 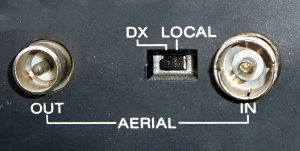 This little used switch catered for the case when the machine is in use in a fringe TV reception area. Normally the switch is set to the DX setting boosting the signal and thus improving reception. When switched to local, the signal boost is removed preventing reception problems due to over strong signals. A nice little finishing touch from Sony. 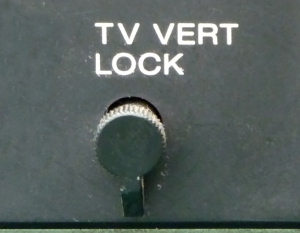 If you have ever wondered what this is for, it is to remove any jitter when the unit is either in pause or slow motion. It allows you to align the two frames in the picture which can sometimes differ in position if the tape was recorded on a badly aligned machine. Try changing the position whilst a tape is paused to see the effect.

Two Betamax models had a rather esoteric changer socket at the back. This could be connected to a special tape changer unit that could be bolted on to the machine. Not many of these units made it in to the shops and were sometimes not released until after the initial release of the model.

These special changer units allowed multiple tapes to be stacked giving many hours of unattended recording operation. The only very minor drawback is the 20 seconds or so lost whilst the tape is changed.

The Betamax format did not specify a linear stereo track. However it soon developed to allow one. Such models as the Toshiba and SL-C40 offered stereo sound and BNR noise reduction. 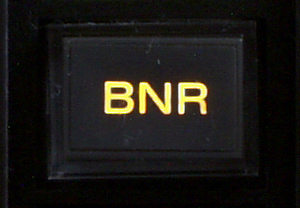 Beta Noise Reduction was Sony's answer to Dolby's Noise Reduction system. Unlike other noise reduction systems, this improves the signal to noise ratio by dynamically boosting the high sound frequencies at record time and then correspondingly reducing them when the recording is played back.

Pressing the REW and PLAY buttons simultaneously causes the machine to automatically start playing the tape once the tape has fully rewound. 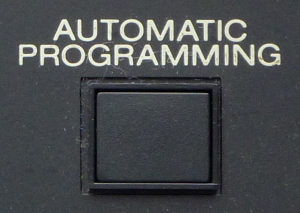 This feature allowed the unit to automatically tune in to all receivable stations starting with stations with the lowest frequency to the station with the highest. This simple set-up feature took a long time to be adopted having realized how many people found it difficult to install their video machines. With Betamax it has been around since 1979.

The Beta Hi-Fi system offers sound reproduction from with a dynamic range of more than 80 dB and minimal wow and flutter which is comparable with PCM quality sound.

When the audio is recorded on the tape it is allocated a bandwidth of compared to 150 kHz used in the rival VHS system. This means superior sound reproduction.

The SL-C7 had an interesting control allowing the speed of tape playback to be varied continuously from still to x1 using a slider control. 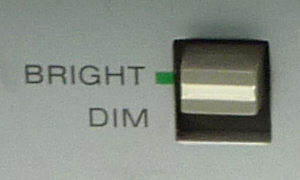 A nice feature on early Beta decks was the ability to dim the fluorescent display which is particularly nice if you are viewing in dim lighting conditions. 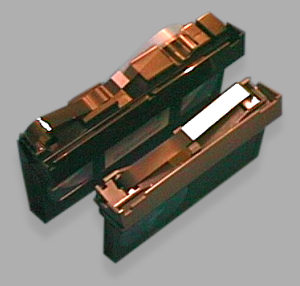 Betamax tapes use a metallic leader tape which allowed the deck to test the resistance of the passing tape. This was more reliable than the problem ridden rival optical system which leads to complete system shut down when the sensor failed, which was often the case as early VCRs employed a tungsten lamp for illumination which often burnt out leaving the machine completely useless. This was later improved with the use of an IR emitter / sensor pair.

The superior threading design of the Betamax results in far less tape wear. The tapes go through fewer stress points whilst loading and unloading.

The tape is not unlaced during FF and REW operations, this results in a much more responsive tape transport. This also meant that Betamax could offer a real timer tape counter and APS functions as the tape was always in contact with the audio/control head. (See also Peek search).

VHS responded to this deficiency in their design by introducing half loading models but these are still no match for a Betamax.

Not all Betamax machines leave the tape threaded though, a notable exception to this was the Sanyo VTC-5000. The SLO-1700 though also has a special high speed FF and REW option which is enabled when the tape is no nearer than about 15 minutes from either the start or end of the tape.

This was always one of the main reasons why the Betamax format always outshone rival systems. The quality of the picture was always superior which was mainly due to increased bandwidth used in the colour system.

In addition, unlike it's rival, Betamax records a reference colour burst on the tape to ensure accurate colour reproduction. This is particularly important when replaying old recordings where the tape may have stretched. If no pilot burst were present then the colour would have significantly degraded as can be seen when looking at older recordings made on the rival 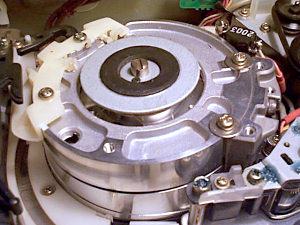 The Betamax system uses a larger video head diameter than the rival system which results in a higher head to tape speed giving a increased recording bandwidth. In short, more information can be recorded on the tape which results in a better picture.